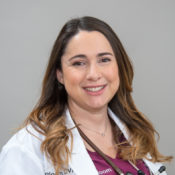 Dr. Nikki Bloom is thrilled to be caringly treating animals at The Scottsdale Veterinary Clinic! She graduated from the inaugural class at Midwestern University near the top of her class in 2018. She loves treating dogs and cats with a focus on preventative medicine. It is her goal to work with each client individually to develop the best possible treatment plan for them and their pets. Dr. Bloom is originally from San Diego, CA. Her love of animals and nature started early, and she spent her childhood alternating between the San Diego Zoo, Sea World and the Wild Animal Park. Dr. Bloom studied Animal Sciences at Rutgers University in New Jersey and moved to Phoenix to attend veterinary School at Midwestern University. In her spare time, she enjoys swimming, yoga, rock climbing, watching movies, and spending time with her husband, new baby, 2 dogs, and tortoise! 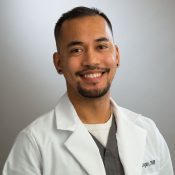 Dr. Rian Calugcugan (“Cal”) was born and raised in Los Angeles, CA. He moved to Honolulu, Hawai’i to pursue a B.A. in Biology and a B.A. in Philippine Literature & Language at the University of Hawai’i at Manoa. He loved the culture and people so much that he decided to live on the island after graduation. He worked as a veterinary assistant at VCA Kaneohe and volunteered on his free time at the Honolulu Zoo Animal Clinic. Dr. Cal left the islands to earn his Doctor of Veterinary Medicine degree at Washington State University and graduated in May 2015. After graduation, he went to Phoenix, Arizona and completed a small animal rotating internship in surgery and medicine. He worked in emergency medicine in the Pacific Northwest, before moving back to Phoenix. Dr. Cal is excited to be back in the Southwest and to be a part of the ER team of The Scottsdale Veterinary Clinic. His special interests include surgery, emergency & critical care, and wound repair. On his free days, Dr. Cal enjoys playing volleyball, hiking, snorkeling, surfing, and photography. He lives with his two dogs, Kanani, a pit bull, and Kukui, a crazy pug. 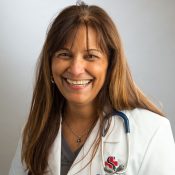 Dr. D’Monte grew up in India and decided that she wanted to become a Veterinarian as a young child because her family could not afford to pay for the vet bills for all of her pets. She graduated from Washington State University in 1984, and has worked with The Scottsdale Veterinary Clinic since it’s beginning in 2005. She has many pets including 4 dogs, 2 cats, a snake, a rabbit, a tortoise, and an iguana. She has a special interest in alternative medicine and therapies such as cold laser, chiropractic and acupuncture. In her spare time she enjoys hiking, eating out, watching movies and eating cotton candy. 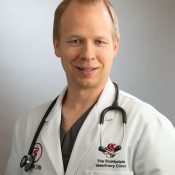 Dr. Fonza was born in Illinois but has spent most of his life growing up in Arizona. He graduated from Arizona State University with a Bachelor’s Degree in Life Science in 2008. Following graduation in 2008, Dr. Fonza continued his education at The Royal (Dick) School of Veterinary Studies at The University of Edinburgh in Scotland and received his BVM&S in 2013 to practice veterinary medicine. He has one dog, a Dachshund, named Brownie. In his spare time, he enjoys lightning photography, skiing, hiking, scuba diving and spending time with his family. 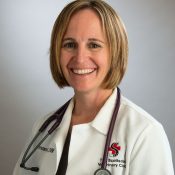 Dr. Greenwood is an Arizona native. After completing a bachelor degree in Animal Sciences from the University of Arizona she moved to the White Mountains where she met her husband, Willie. She attended Ross University on the beautiful island of St. Kitts, then one year at Louisiana State University. She has a love for all animals both big and small and currently has one dog that is a mixed breed named Mae. In her free time she can be found watching her step daughter and step son play their respective sports, or in the mountains fishing, camping, or skiing. 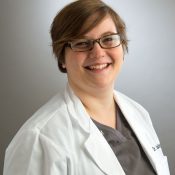 Dr. Horsley grew up in Illinois and Rome, Italy as a young child. She graduated from Benedictine University with a Bachelor’s degree in Biology with an emphasis on Animal Science and Mathematics. Following, graduation, she graduated from St. George’s University Veterinary School on the island of Grenada. Her passion is for all creatures great and small, which started during her research with Butterflies and Moths. In her spare time, she coordinates Murder Mystery dinners and board games. She currently has 2 cats, 1 rabbit, a ball python and a Beta fish. 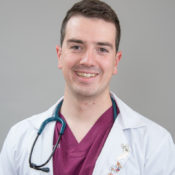 Dr. Kerby grew up in Albuquerque, New Mexico, attended Coe College in Iowa for undergrad before obtaining his DVM at Washington State University in May 2018. After 8 years away, he decided to return to the southwest for some sunshine and warm weather after all the rain and snow. He has been working in a vet clinic since he was in 9th grade, and has done everything from cleaning kennels and reception, all the way to becoming a Veterinarian. Dr. Kerby has special interest in soft tissue surgery, emergency and critical care, dermatology, low stress feline handling, and any Corgi that is seen in our clinic! On his days off Dr. Kerby enjoys hiking, tennis, cooking, golf, and gaming. 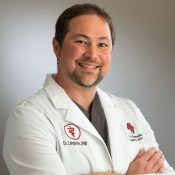 Dr. Langhofer grew up in Indiana as the son of a veterinarian. He graduated from Purdue University in 1998, as the youngest veterinarian in the nation. Dr. Langhofer works closely with many species of exotic pets, and is very interested in holistic medicine in dogs and cats. He and his wife have a beautiful daughter and 2 sons. His pets at home include 3 dogs, 2 cats, 3 birds, and a desert tortoise. In his spare time he enjoys hiking, spicy food, and is an avid whitewater kayaker. 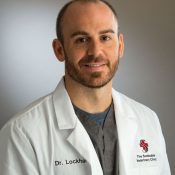 Dr. Lockhart grew up in New Orleans, Louisiana. As an undergraduate he attended Louisiana State University. He attended veterinary school in St. Kitts, in the West Indies, and graduated from Ross University School of Veterinary Medicine. Dr. Lockhart performed his small animal internship at VCA Animal Referral and Emergency Center of Arizona. He has one dog named Luna and two cats named Thundercat and Anthony. In his spare time he enjoys hiking, eating sushi, working out, exercising his artistic skills by drawing and painting. 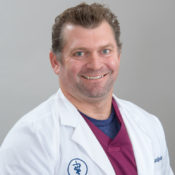 Dr. Eric Roberts joined our TSVC family in 2018! Eric was born and raised in Seal Beach, CA and also lived in New Zealand for a few years! He attended the Ross University School of Veterinary Medicine in St. Kitts, and graduated with his Doctorate in 2001. He practiced for 17 years at All Creatures Animal Clinic in Phoenix, AZ for 17 years. He enjoys spending time with his wife, Laurie, step-daughter Grace, as well as his 165-pound Leonburger, Franklin. They also have a chihuahua named Lexi, 4 cats, and a pond full of koi fish at home. In his spare time, he enjoys water sports of all sorts, especially wakeboarding, surfing, and scuba diving. He works in the summer as an Ocean Life Guard at Seal Beach, CA, so stop by and see him at the beach when on vacation! 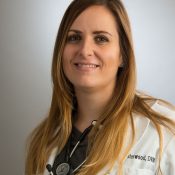 Dr. Winterwood grew up in Dubuque, Iowa and attended undergrad at University of Iowa. She worked as a research technician, studying cancer and cell biology before going to vet school at Iowa State University. She moved to Arizona after graduation to begin a rotating internship at a 24 hour emergency specialty hospital before joining us here at TSVC. Dr. Winterwood has a special interest in zoo medicine, particularly with big cats, and has spent a lot of time working in zoos and with wildlife abroad. At home she has 3 cats and is looking to adopt a greyhound soon. In her spare time, Dr. Winterwood enjoys running, watching scary movies, and spending time with friends.

Call Us Text Us